We are Default. Founded in 2020 by Keir Whitaker & Kieran Masterton we create products and services for professionals working at the forefront of the Shopify Partner ecosystem.

Having met over the single shared plug socket in their local Starbucks Keir and Kieran have collaborated on multiple projects over the last decade including their never award winning podcast The Back to Front Show.

Somehow, in 2017, they ended up working at the same company. That company was Shopify and having both moved on from the mothership in 2019 they decided to start a new venture based on their love of the Shopify platform. That company is Default Ventures Ltd and in 2020 they will be launching a new podcast, hosting the second De:brief event in Toronto, publishing regular videos to their YouTube channel and revealing more about Default Jobs.

Thanks for checking us out. 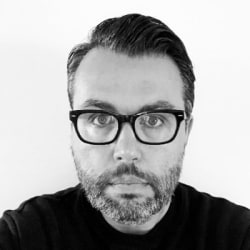 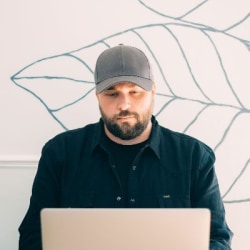 The Default Podcast is for professionals working at the forefront of the Shopify ecosystem. Hosted by Default founders Keir Whitaker and Kieran Masterton this show will delve into the latest Shopify news and developments and will bring insights from agency owners, app developers and Shopify team members.

If you work with Shopify on a daily basis then this podcast is for you! Get a flavour of what we're up to in our introductory episode below.

De:brief is an event for Shopify Partners and their teams. It's an exclusive closed forum designed to give us all the opportunity to speak freely and share our views and opinions on the annual Shopify Unite announcements, the Shopify ecosystem, and the year ahead.

Comprising of highly focused panels and plenty of time for networking our time together is the perfect opportunity to decompress and make sense of the previous few days.

The first event attraced over 150 Shopify Partners and was generously supported by 16 Founding Patrons.

Our new YouTube channel is dedicated to discussing everything that matters to Shopify partners. Videos will explore technical, business and ecosystem related topics ranging from app development and marketing your apps to the challenges of recruitment and team building.

In our first video Kieran digs into everything Shopify app developers need to know about API versioning in 2020.

Recruiting great Shopify talent is hard! We hear this every week during our conversations with agency and app company founders. Default Jobs will be the first Shopify focused job board in the ecosystem. Our goal is to be the go‐to service for those recruiting and those searching for their next contract, part‐time, or full‐time position.

Keir has been working in the technology, web, and SaaS sector for 20 years. He was one of the first 100 employees at Shopify and worked on the Partnerships Marketing team for 6.5 years before launching his own consultancy business in 2019.

As well as his work on Default Keir works exclusively with Shopify focused app companies, service agencies, and technology partners and offers services including coaching, marketing support and event strategy. In 2019 he also launched De:brief with his long time collaborator Cat Hunter.

Kieran has been working in the web industry, as a developer, consultant, and technical product owner, for over 20 years. He joined Shopify in early 2017 as one of the first remote Plus employees in Europe and quickly gained a reputation internally as a go-to resource for technical solutions.